a tryst with hope 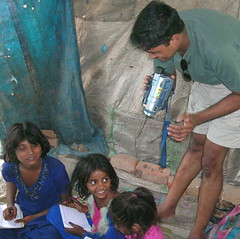 The past two months were the most difficult in my life as I almost saw pwhy slipping away for no fault of ours and though the battle was uneven, the adversary formidable, there was an imperceptible force that egged me not to give up as hope was waiting at the next corner.

For the past seven years I have been overwhelmed by the love and affection that project why has been able to garner from every corner of the world and from the humblest to the greatest. With every passing instant I could sense an incredible web of goodwill being woven to protect us from each passing storm.

It was no mean thing as I stuck to my guns and maybe went against every rule in the book to the point that the only way pwhy could be qualified was by borrowing words from St Exupery’s Little Prince: a project that saw with its heart.

Amongst the battles I fought was my stubborn refusal to accept help that seemed to be rigid and ironclad or one that entailed complex administrative paperwork.

I had first stumbled upon Asha while browsing the net and liked what I ead. Who else could be better inheritors of pwhy then young successful Indians living away from their homeland. Unfortunately time was not ripe as my first forays into the land of hope were not quite successful as we met with hurdles though every time a wonderful and warm person was at the other end of the screen.

Somehow I could not puts across the very transient nature of the community I worked with where hidden enemies abounded be they social taboos such as caste or creed, violent and aggressive people or the powers that be that were hell bent on seeing me flee. So how could I ensure that one year down the line we would have the exact profile we began with. What really frightened us was when one day a person came and spent 2 days counting the kids! What would happen if we did not meet the specs?

Then one day a tall lanky man landed on planet why, armed with a camera and an incredible smile. In my usual style I drowned him with all that was bottled up inside me and he listened patiently. The man left promising to help and we carried on surviving as usual.

Last week while driving Utpal back to boarding – always a difficult moment – the phone rang. It was our tall lanky man telling me that Asha had agreed to help us in a substantial manner and above all that he would be the one we would interact with.

I cannot begin to covey the multitude of emotions that ran through me, but I think that the most important feeling was that my stand had been vindicated and that my seven long years battling alone had ended and that I had now reached safe shores. pwhy was safe and my swan song would live beyond me.

To all that have made this possible a big thank you, to all those that I may have inadvertently upset my heartfelt apologies and to Kannan Iyer simply that I believe in miracles.

Our Asha page is here